We are celebrating one year of travel on this road trip from DC to Alaska to Panama!  On one hand, it seems like a million years ago that we packed up Gertie and left Maryland and on the other hand, it seems like it was just yesterday that we were posting our US-Canadian trip plan on Facebook.  Just as many other things that we planned before we left our last permanent home, much has been altered, changed, and adapted since we started our planning and travel on this epic trip of a lifetime.  Of our planned itinerary, we stuck mostly to the plan: we skipped some places we hoped to visit (Taos, for example, due to a major snowstorm forecast for our time there) and added a number of others (King’s Canyon and Sequoia National Parks, for instance). We did travel north of the Arctic Circle but opted to do this in Canada rather than in Alaska due to concerns about the Dalton Highway and truck traffic on that road.

We dispensed with sleeping in a tent, and added our beloved camper, Wolfie, to our gear list.  We added a new bike rack but returned to using the one on the roof.  We added electricity to our camper life with a generator and an inverter, learned that Netflix, Amazon Prime, cell phones and plans, credit cards and satellite radio function very differently north and south of the lower 48, and have learned to adapt to different forms of lemonade and iced green tea.  We’ve met some amazing people and traveled with some of them — Tom and Stacy, Gayle and Bobby, Fritz and Bill, to name just a few — and have had the benefit of the wisdom of many Overlanders who we connected with before and during our trip.  We visited with friends and family as we traveled and returned “home” to visit with other friends and family last fall.

We’ve taken thousands of photographs of the hundreds of geological formations, wildlife species, towns, and people along our way and added more than 100 stickers to the windows of Gertie.  We have sustained some injuries to Wolfie and Gertie but none have delayed our travels or depleted our bank account significantly.  We have spent a sum of money on camping fees and gasoline for the entire year that is less than our rent in DC for 2016.  We have seen sunsets and sunrises over many bodies of water and rock formations and experienced 24 hours of sun for weeks on end this past summer. We have seen snow far more frequently than wished (or anticipated) and have experienced smoke from wildfires for the first time in our lives.  We have camped in pretty much every environment — cities, parks, roadside rest areas, forests, deserts and more. We’ve learned endless amounts of information about rocks, mountains, tectonic plates, weather, volcanos, earthquakes, wildlife, the US National Park system, western Canadian provinces and territories and the portions of Mexico through which we have traveled so far.

Our experiences in the US and Canada have been extraordinary; our experiences in Mexico, so far, have been extraordinary AND eye opening.  For us, Roque’s fluency in Spanish has been invaluable and it is difficult for us to wrap our heads around how Overlanders cope and deal with the myriad things necessary for road travel in this country if they do not speak Spanish.  Even for us, adapting to Mexican-Spanish, which we have dubbed MexiEnglish – a different form of Spanglish — has been interesting and comical at times.  Consider the word “roofo” that we have seen on stores advertising building materials (el techo is the Spanish word for roof or ceiling), or the term “se renta” on buildings that are available to lease (alquilar is Spanish for “rent”).  This is often so confusing that Roque has to let me know when a word is the authentic Spanish word or a form of MexiEnglish so I won’t add vocabulary that will make me the laughing stock of Panama.

Adapting to other things-Mexican has been a bit of a challenge at moments.  For example, consider our experience using a Mexican electronic toll pass that we purchased, believing that it would function, more or less, like the several other electronic toll passes we’ve owned in the past.  A word of background on Mexican roads — Mexican has a series of toll roads that basically parallel the free (libre) roads.  The toll roads are expensive, even by US standards and it’s not uncommon for us to pay several dollars for a segment of road less than 100 miles but they are tope (speed bump) free, generally well paved and can be driven at higher speeds.  The local and free roads are, by comparison, replete the above mentioned dreaded potholes, pavement irregularities, topes and more. (The craziness of Mexican drivers is a topic for another day).  We have opted to take as many toll roads as possible since the costs are well worth the ease of travel to say nothing of alleviating the wear and tear on our rig.  When we purchased the electronic toll pass, we thought having it would save our cash (effectiva)  for other essentials like gasoline and food as credit cards are not used in Mexico quite as extensively as in the US and Canada.  A great idea that took no less than a week and many attempts to get it to work.  First, we had to figure out how to load it with money (requiring stops at banks or stores to reload it with cash as only Mexican credit cards can be used – we think). Then, after going through several (5-6-ish) toll plazas without being able to use it, we learned that it needed to be registered.  Roque then registered it through a toll station employee who warned him that even with registration, it might still need to be manually entered at each toll plaza as the pass needs to be separately registered at toll plazas to be recognized there.  Oh my gosh.  Since it was highly unlikely that we would pass through the same toll plaza more than one time each, it started to look dubious that this pass thingy would be of any use to us.  Then, Roque was able to figure out how to register the device on the Mexican website, which required an address (we used that of the hotel which campground we were using in Aguascalientes) and voila, the device FINALLY registered at the toll plaza through which we traveled en route to Zacatecas.

Don’t get us wrong: there are a number of things that we have encountered here in Mexico that we think are really nice improvements over things we ever experienced in the US.  Kisoks in every store that allow for the recharging of sim cards and payment of accounts.  The purchase of cell data by the gig, untethered to costly telecommunication plans.  Guard posts in shopping centers.  Handbag racks next to tables in restaurants. Sloping escalators that allow shopping carts AND people to travel up and down together. Pharmacies that allow for the purchase of most medications without a prescription.  And much more.  And other things that we have loved that don’t fall neatly into any particular category:  amazing street food that is healthy and tasty and cheap, even by local standards; warm, friendly and joyful people in every place; incredible architecture dating to the 16th and 17th centuries when the US was barely a “discovery,” fabulous tequila everywhere.  We have loved seeing the Mexicans in down jackets, ear muffs, scarves and gloves here in Zacatecas when we are wearing shorts and the temperatures are in the 60’s. We have stared open-mouthed watching a father ride a bicycle holding his toddler in his right arm as he pedaled along. We have admired and photographed many beautiful doors and buildings that have no match in the US and that demonstrate a richness of history and love of beauty that is prevalent everywhere we have traveled in Mexico. 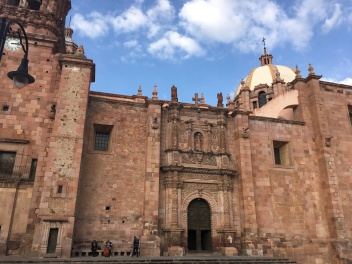 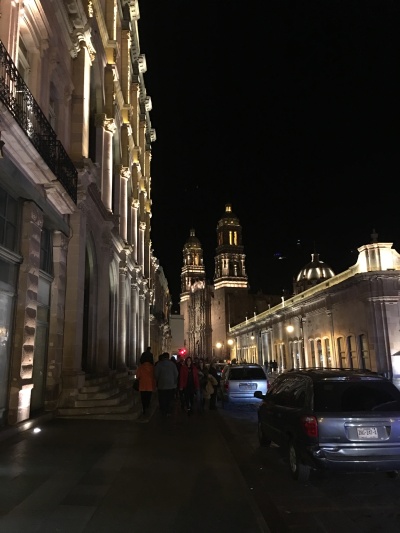 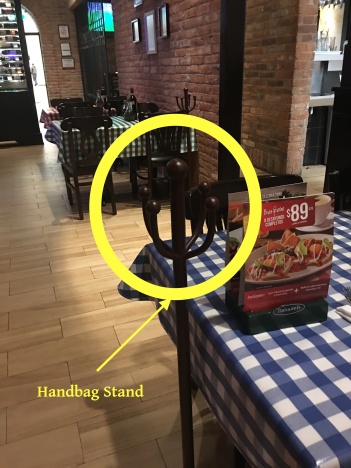 It’s been a year on the road, 50,000+ miles traveled, and a million memories etched forever in our brains and our hearts. We look forward to the coming year and the experiences we have ahead as we complete the journey to Panama.  Here’s wishing for a safe and memorable 2018 for our continued travels and wishes to you for a 2018 that is everything you want and need. 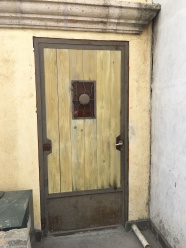 2 thoughts on “Happy Anniversary to Us!”